but who wouldn't. I went to Bullock's Bistro for a light lunch. A piece of whitefish the size ofthe end of a canoe paddle ,a bun, a pound of butter, a salad, real fries and a Stella- $40. It was worth the visit. I won't need to eat for a week. 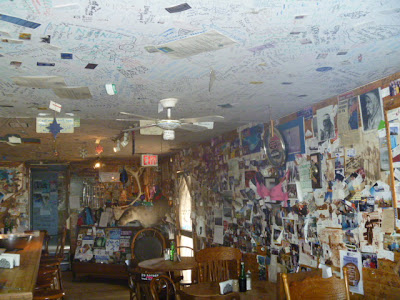 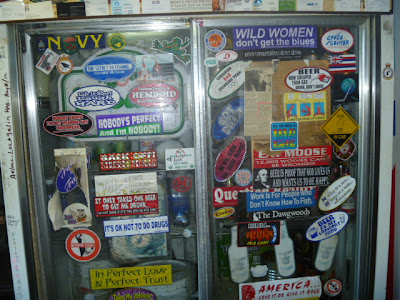 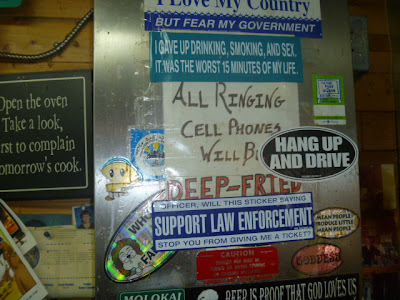 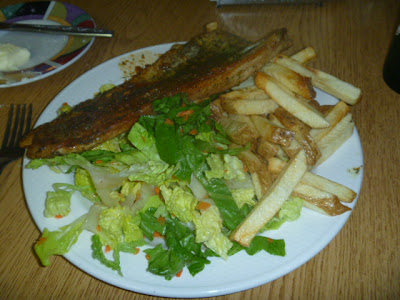 My server took fashion design at Sheridan College where I teach and moved here in 1984. No moving back! There was a guy in there that I talked to and he said he lived in Barrie, Ontario where he fixed things. I asked what do you fix? He said I am a neurosurgeon. He caught 25 pike this morning in 4 hours. Wish I could buy Chad the bumper sticker- Work is for those that don't know how to fish. It was great and a must do in Yellowknife. NWT is 20% the land mass of Canada and has a population of 42,000. Yellowknife has a population of 20,000 so this is the BIG CITY. The closest big city is Edmonton which is 1500 kilometers away and Edmonton is on the same latitude as Moscow so now you know where I am. In the bush!

Ron said…
Yellowknife sounds like a pretty neat place. That fish looks tasty. Glad you had a decent lunch. It's all a tax write off anyhow! Good luck w. the workshop.
August 17, 2012 at 6:13 PM