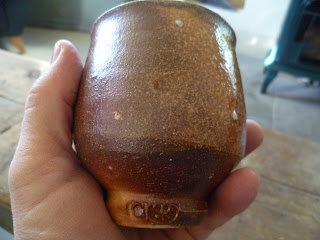 A few treats arrived from Phil Rogers. Phil sent me a couple of his drawings and wee cup that I will use for bourbon. It is supposed to be a tea bowl I think but I like a handle on my tea cups. None of this holding a boiling hot cuppa  by the rim and the foot ring for this cowboy. 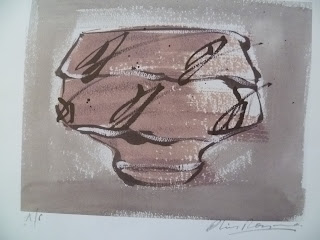 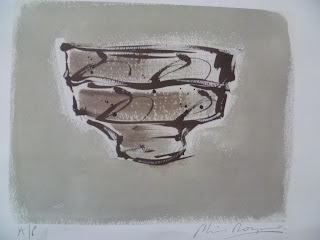 This has been an exchange of gifts sort of thing. When I returned from Graduate School I attempted to pay off my debt by selling some of my pottery collection. Since some of it was from the UK I sent it to Bonham's Auction House in London. All the work sold at decent prices with the exception of a ovoid vase by David Leach. It had a starting bid of 300 pounds. They wanted to return it to me at a cost of 250 pounds for shipping. That is almost $400 to pack and ship a pot. No thanks! I offered it to a friend -Phil.

Craig Edwards said…
What a treat!!! Now to find a bourbon worthy.

bfreeceramics said…
phil rogers is in my top 5 fav potters of all time. nice xmas present, tony. What was your top seller at auction??
November 30, 2010 at 8:06 AM