The seas parted and I drove thru the storms that blew thru the south and over to the east. I was like a storm chaser running north just behind the wreckage. Little bit of nasty weather in the mountains of West Virginia but other than that clear sailing. I brought home three of my Merickan buddies with me. I swear every cup in the kitchen has a story behind it. I got a sweet little handle on a cup by poet laureate Carter Gillies whose hair is just as crazy as mine. Gotta love a guy with crazy hair. Then in the middle is a Ronnie the Rat that many of you might not recognize without the imagery. Ronnie's hair get a tad crazy too!  A little bourbon yunomi from Steve Driver from Arrk can saw! Steve has a good head of hair but that doesn't mean he isn't crazy. Cups are the handshake ya take home with you. they are often an extension of our love and respect for one another. They are reminders of friends out there that all over the map that you love and respect. 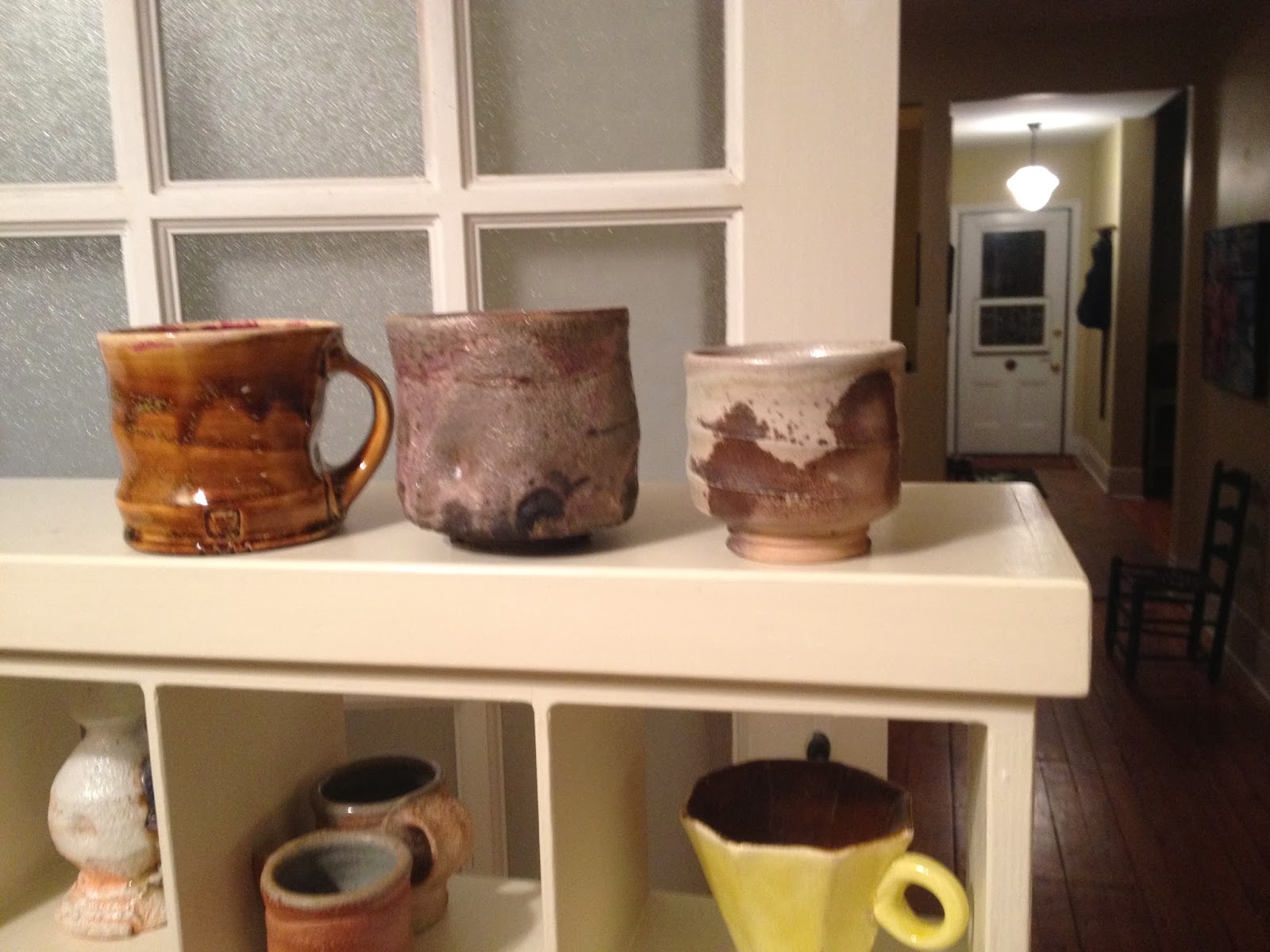 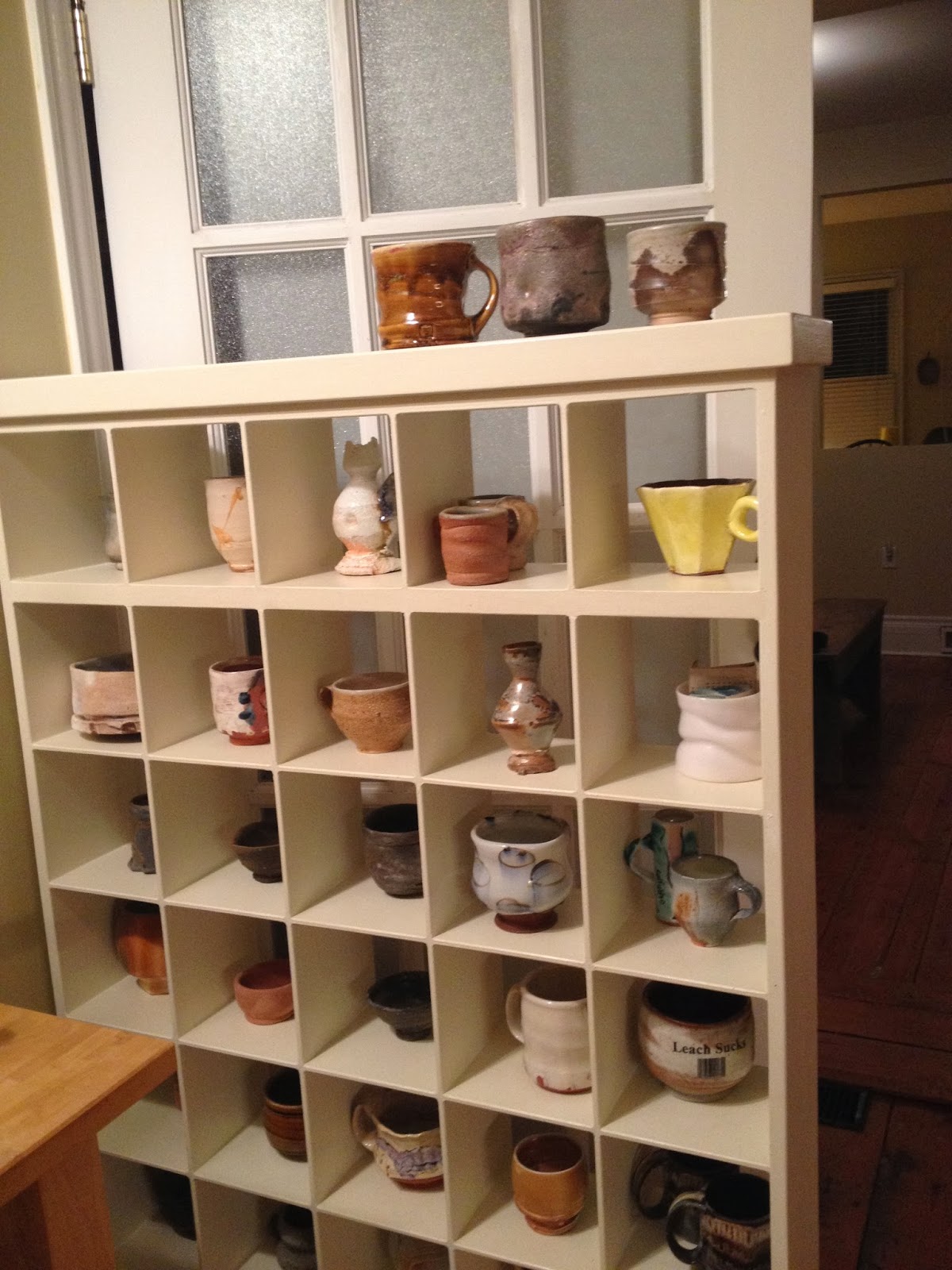 Vicki Hamilton said…
I have brought so many cups home from classes, exhibitions, workshops, NCECA...they people the cup....board in my kitchen. Morning coffee is always an adventure!

Unknown said…
Yes, I have some hair left and that has nothing do with how crazy I am or how clay crazy I am relative to the company I keep. Nice pots though Smokie. Time for some Dickle in that cup of mine! 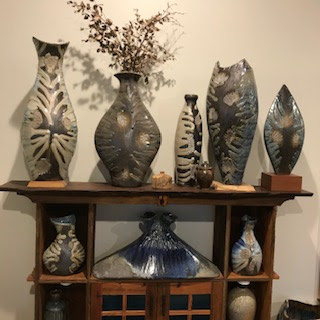