Got my meat covered!

I'm home in The Promised Land sorting out banking, paying bills, buying groceries and enjoying the surroundings of my man cave. Actually, I'm only home for a day and then off to fire a Manibigama with some of the Hamilton Potters Mentor ship group. The past three times I've been at Ronnie's I have picked out one of these slab trays that no one but me seems to love. They have sat on a rack outside waiting for my visit.  I have all of my meat covered now- chicken, pork and fish. I haven't been eating much beef lately so until Ronnie animates a steer I guess I've mostly avoid it. He 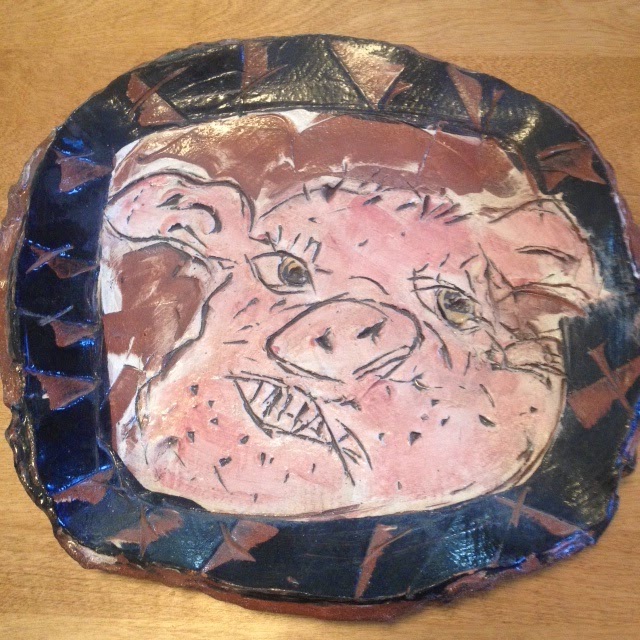 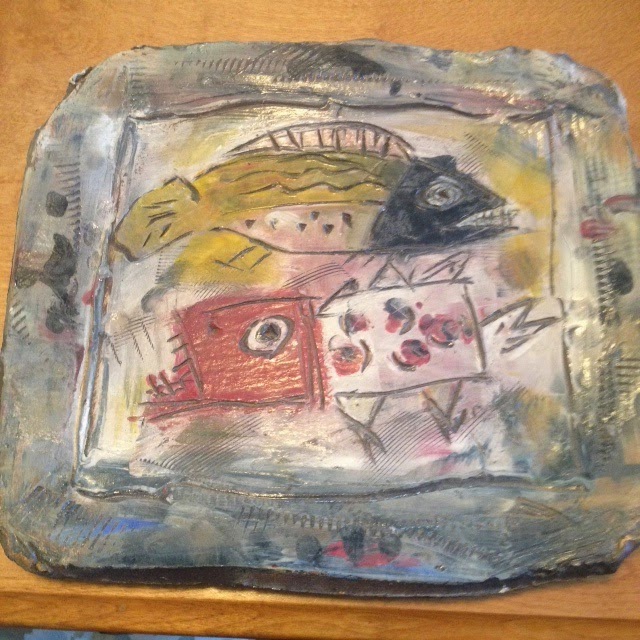 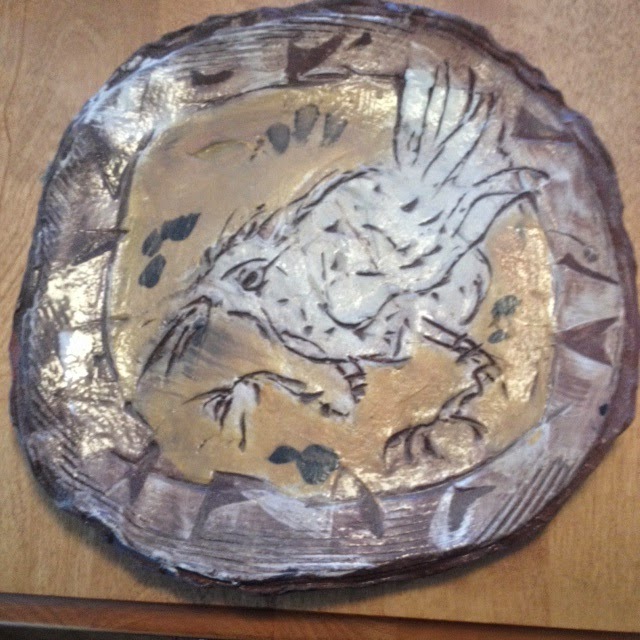 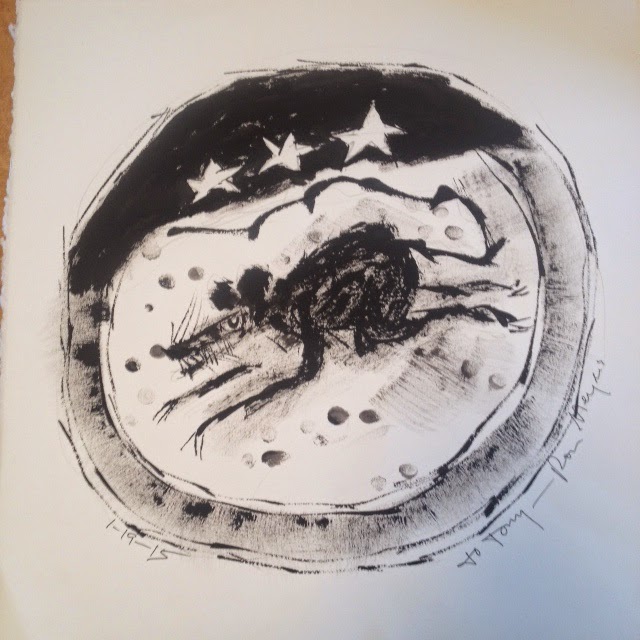 gave me a drawing for my spare bedroom called The Rat's Nest which has a nice selection of Ronnie's work.
I love the narrative of the drawing. When Ron was teaching the Dean announced that all the faculty that got a pay raise were stars. He didn't get one! So the drawing is Ronnie the Rat under the stars.