Well I've had a week long celibacy from my computer. It went to the Mac Hospital for a serious bout of trash in the internal workings of the beast. I had over 38,000 things in my trash that needed to be given a powerful laxative to rid themselves of my past. They say the brain rules the body but I have found it is really the lower region that can shut down all creativity. So at least my past is long gone and only today and tomorrow matter. I had 52 Amish kids at Pinecroft today for a demo and talk. What great kids! There is always one kid in the pack that has eyes as big as dinner plates when watching you throw on the wheel. Since there were so many I never offered them to try the wheel. I did some hand building and they made some awesome stuff- snowmen, hotdogs, cowboys on horses, coffee pots with lids. geese, ducks and lots of really cool stuff. The kid with the big eyes had his buddy spin the Shimpo banding wheel so he could throw. Man, the little dude had the clay centered and was making a decent cup. To thank me they all lined up and sang a song to me. It was powerful and moving. What goes around comes around. 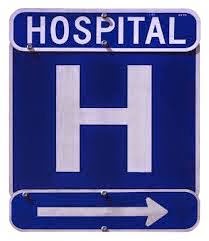 Trish said…
DITTO on the above comments, Tony. You are a fantastic writer and story teller, but please don't write that story again...just tell us simply about the computer problems.. :).. thanks.. Trish from Alberta.
October 9, 2014 at 6:02 PM

Bruce said…
Am willing to bet the wide-eyed kid rigs up a wheel when he gets home. Yeah, the headline was a real attention getter/gasper.
October 9, 2014 at 6:36 PM