The raw truth is I would make a piss poor boss. I would rather do something myself than ask someone to do it for me.
My daughter Robin was chosen a few years ago for the Governor General’s Leadership Team. Since she is recognized as a promising young labour leader she criss -crossed this nation organizing and speaking at Leadership Conferences. I like her advice-#1  Get the best people you can find. #2 Give them the best tools they need to do the job. #3 Get the hell outta their way.
I am proud to support two of my Cactus Lounge Flame Throwers( Duncan Aird and Emma Smith) as they branch out on their own to build a wood fired kiln. My secret leadership technique has been to surround myself with people that embody initiative. I never, never, ever have to tell them what to do. They see it needs to be done and do it.  These two embody the word initiative.
Last week at lunch here at The Cactus Lounge I asked Emma how she would like to be described on her gravestone? She said she would like to be described as tender but would most likely be described as “driven”. Driven is a good word.  I would change it to "passionate".
Building a kiln and kiln shed is expensive and they need some start up capital. The clay community will benefit from these two as they grow and keep the wood fire torch burning. Here is a link to their start up campaign. Give if ya can https://www.kickstarter.com/projects/1023242941/two-potters-one-kiln
These two also have a secret- Emma’s husband Jesse Black a self employed in demand contractor that is a Jack of All Trades. Jesse comes along in the package and he is invaluable for cement work, carpentry, roofing, grunt work and required maintenance.


Two of the best people +Jesse , give them a great tool to do the job and then stand back cause they got a fire in their bellies.  Good luck twopottersonekiln . Bon feu! 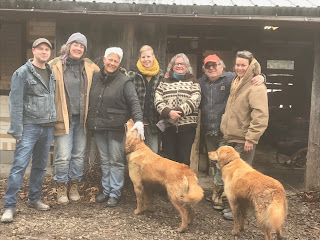 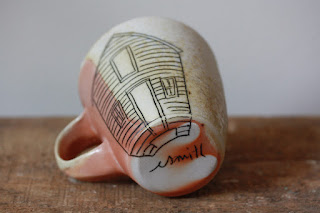 ed meds said…
Ahaa, its good conversation about this post here at this weblog, I have read all that, so at this time me also commenting here.
November 25, 2020 at 2:17 AM