I have had a couple of brown firings of late. In the words of John Neely there is no colour worse than brown except shiny brown. I had shiny brown in spades. With the brown shino I applied some masking tape, heated up the pots and wiped on some very thick white shino and did some brush work. With some pots that I fired in the Hamilton Potters Guild Manibigama I had tried straight laterite. Man were they an ugly brown!!! Poop brown of the worst colour. I took them and reheated them and dipped them in shino. I love the marshmellow surface with chocolate sprinkles. A younger me would have taken the hammer to all this work. I don't seem to be making as many pots as I used to so I tried to make diamonds out of poop. I'm pretty happy with the results. This poop doesn't smell so bad 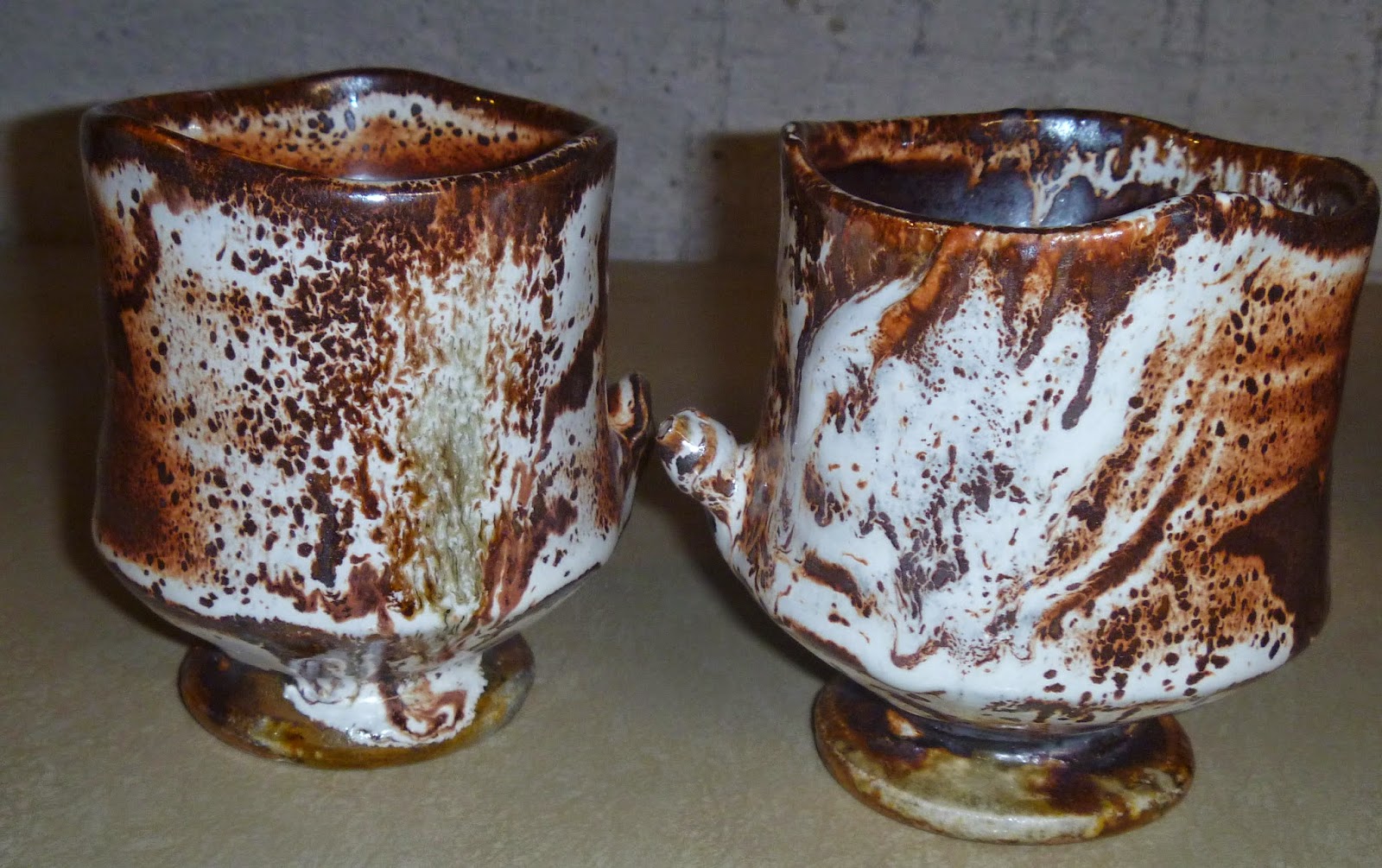 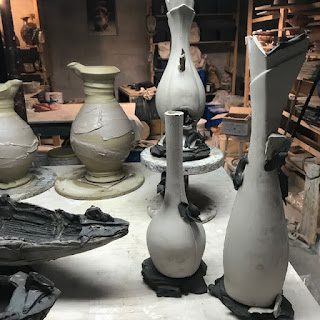 Sometimes I miss my mind