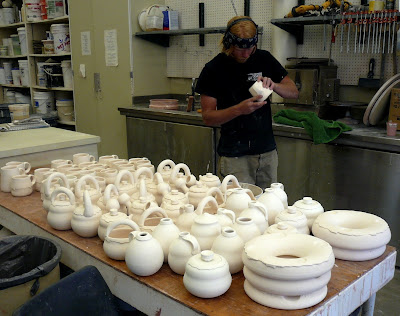 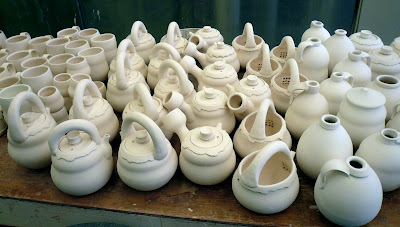 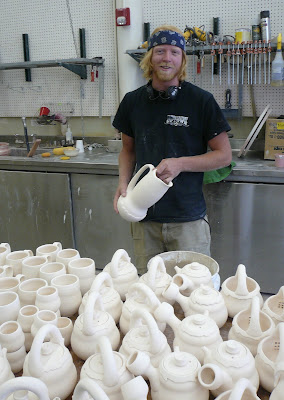 This is the work of undergraduate Perry Haas. Perry usually fires the cat kiln and has become the resident firing specialist of that kiln. It's a good idea to pick a kiln that no one else wants to fire since there is never a line up. Perry has decided to cross over to the other side and is loading and firing the train starting tomorrow. I go in after him and Heidi follows me so you can see the train is on every bodies dance card at USU. Perry is making some very fine domestic ware. He makes small thoughtful changes to his work and hasn't rushed off to become an artist before learning to become a fine craftsman. It has been a pleasure to see the development of his signature work.
I've signed up for a shift or two of his firing. Good guys never have problems finding people to fire with!

Anonymous said…
How does the Cat Man make those cool natural edges to his teapot shoulders and pitcher bottoms?