I've been called one of the hardest working' men in show bizz. Well, I just woke up off the couch from a 2 hour coma after saying good bye to Dick Aerni who was here at Pinecroft for a glaze and making workshop. My work ethic pales in comparison. He wins the title hands down!
Last night we watched Dick's power point on 4 decades of superb pots with absolutely stunning glazes.
Here are some shots of the some of the students pots from the firing. He did a big car kiln load of gas fired Cone 10 reduction ware and an electric kiln of Cone 6 Oxidation. Dick can pretty much match the Cone 10 reduction and Cone 6 Oxidation. His Cone 6 glazes are to die for. For all you out there in Cone 6 Oxidationland you may want to consider having Dick for a workshop. Just don't decide later to set up a pottery in Aylmer, Ontario. Aylmer is my town!
Jack and I have the house to ourselves tonight after a month of visitors.  He hans't said a thing but I know he needs some lovin. I've neglected Jack so tomorrow morning I think I'll take him for breakfast at Clark's Diner and then for a walk in White's Woods. 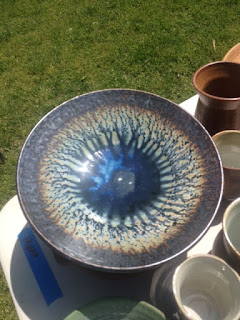 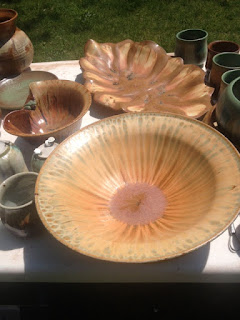 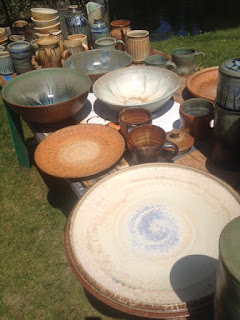 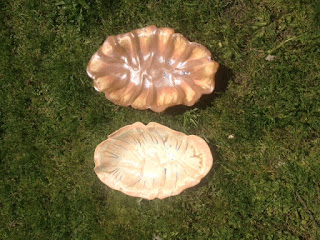