Tonight Canada will be closed for business. Almost the entire nation will be tuned in to the final concert of Gord Downie and The Tragically Hip in their home town of Kingston, Ontario. Parks and city centres all over the land are live streaming this concert. The bars will be packed with folks watching the big screen. If Canada could sing it would sound like Gord Downie tonight.
Last night Don the Meat Man and I went to the Fred Eaglesmith Picnic here in Mytown, Ontario. We take a lot of nonsense from those Westerners that call it Onterrible. I can think of no better place to be with a friend last night than under the big moon in a Carolinian forest by a lake with a couple of pops in my backpack, some cheese and crackers and of course Don's pepperoni's. You can have your mountains. They just block the view. And as for the Pacific Ocean it is too big to swim across.
Fred rocked the joint. He is the voice of southern Ontario. His nostalgic love of the farm life of this region is infectious.
A very hot act last night was The Laura Cole Band from Hamilton, Ontario.  I thought I would be your talent scout and give a shout out to her but it seems I'm a little late. Her first CD has been produced by Daniel Lanois who also has produced the likes of Dylan, U2, Peter Gabriel, Emmy Lou Harris, Willy Nelson to name a few.  She got a standing O last night. Amazing voice, sexy stage presence and hot band. 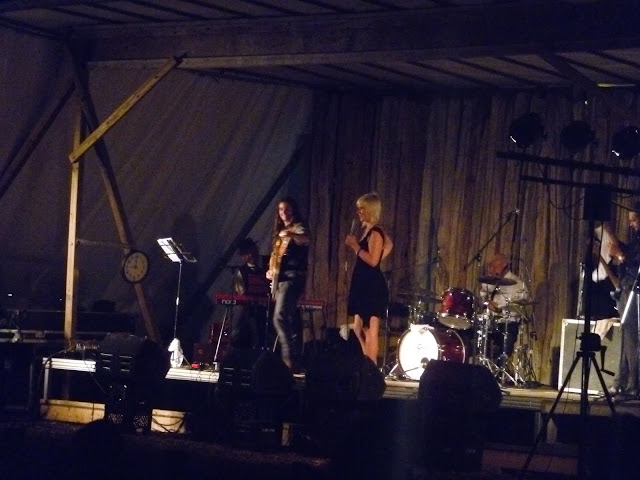 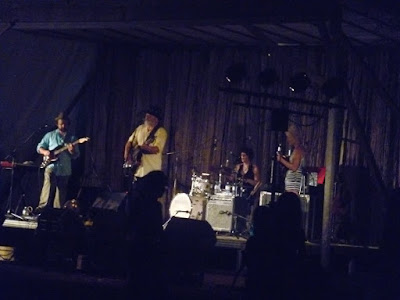 Tom WIrt said…
Your post made me go Google Gird and I fell into an In Q interview. I know why you love the man. Sensitive, modest, reakistic, not to mention the incredible talent. Thanks.
August 20, 2016 at 4:12 PM