As I drove down old Hwy #5 thru Lackawana I thought of Dan and the working class roots of Bufflalo that he is so proud of. I passed the Rust Belt Bar and Grill, the Ford plant, the grain silos, the oil refineries, the steam boats, cargo ships and the working class of America. I arrived at my buddies only to find him working on pots that celebrate the grain silos, the tug boats, the bars, and the roads of his beloved working class roots. There are none of the usual suspect creatures in this work. The large forms will be painted with roads, ships, bars, and imagery of a city that was once America's 7th largest city. This work shows the unbelievable imagination and talent of the maker. In his 80th year his work blows me away and remains my favourite work on the planet. If you can't guess who this work is made by you are living under a rock. One of America's best!
We loaded an anagama today and will fire for the next couple of days. Once again i feel so blessed to be part of an amazing group of makers. Here's to makers past, present and future! 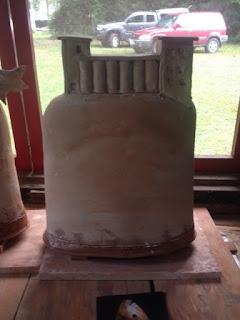 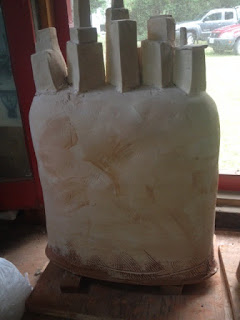 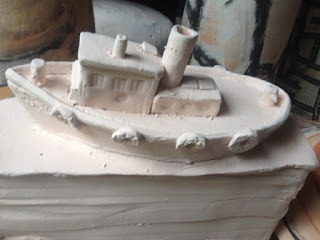 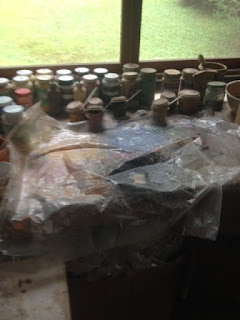