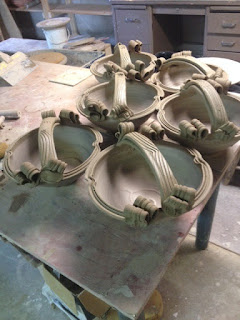 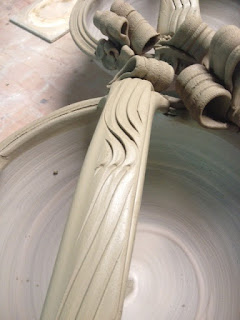 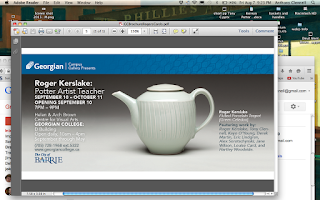 When I look back on my Ceramic Education it is smattered with English teachers. In the 70’s there wasn’t only a English music invasion in Canada. The Brits came in full force to teach ceramics in Canada. This wave may have well been lead by my friend and mentor Grass Hopper. It was on Grass’s advice that I go to Georgian College and study with Roger Kerslake. I went there as a special student for one year since I had background with my uncle originally from Northumberland, England. Roger had recently immigrated to Canada to take Grass’s job at Central Tech in Toronto and then to head the program Grass started at Georgian. Grass quit Crappademia to be a potter.  During this time the Brits invaded and I was privileged to have workshops/lectures with Micheal Cardew, Harry Davis, Garth Clark, David Leach, Mick Casson, Wally Keeler, Jane Hamlin, Johnny Leach, John Chalke,  and John Reeve.
There is a common understanding that English education by the old masters was disciplined. Yes, they were tough task masters but what was great for a bull headed student like me was that it was education by example. I always wanted to at least keep pace with them.  That would be impossible if you wanted to emulate the likes of Harry Davis. The fastest hands I ever witnessed. No fuss, no muss!
So Roger I am thrilled to be in your show. The picture of your understated beautifully crafted teapot makes me wonder what kind of crazy nonsense I am up to with all these handles. You shouldn’t have told me – you’re in my show because I like your handles.  I have always admired your work. The best advice I ever got was to spend the time with Rog.

Anonymous said…
If only the TDSB would hire teachers of that quality again, maybe Central Technical School in Toronto wouldn't have had to cancel its ceramic and art programs.
May 15, 2020 at 10:55 PM

Anonymous said…
Along with the British invasion, what about all the talented Americans that came up to avoid and protest the Vietnam war?
June 29, 2022 at 4:08 PM