It is hard to have studied at USU and not fall under the influence of John Neely. I think a USU grad took John's plans and decided there was no money in pottery so he would make train 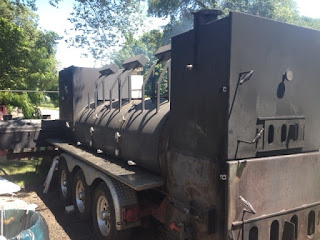 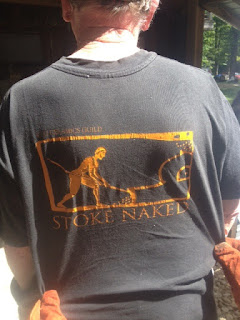 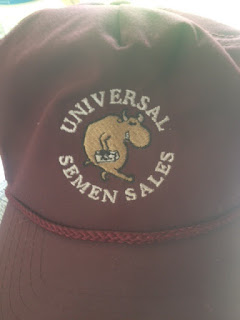 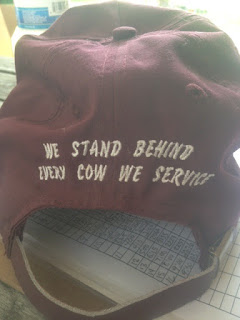 fired BB-Q.
We had some great wood fired ribs at a rib joint down the road from the firing. I've had some trouble with my forehead because of past foolishness as a teen staying out in the sun. An Englishman wanting to be a sun worshipper is not a good idea. I had forgot my hat and sun screen so Ron gave me a hat that I might be embarassed to wear back in Aylmer. Ron is wearing the Stoke Naked t-shirt. Looking around the kiln at our collective team this would not be a pretty sight.  I think if I wore the t-shirt and hat and went down town I might get arrested.
Firing is going well. The kiln was at Cone 10 in 15 hours and is being held for the next 33. As we say in the Universal Semen Sales Company the pots will be as smooth as the snot on a cow's lip. Now how's that for marketing?