Firstly, I’d like to thank Carter Gillies and John Bauman for fanning the flames on the debate my blog post “Expectations spell failure” presented. So many of you had such clever things to say I know I have struck a cord when there is a commotion in the hen house.
I’ve shown you and expounded on how much I love my painted distressed furniture. It is probably my biggest daily pleasure to be surrounded by it. Today while glazing I thought what I am doing now is what they used to call “antiqueing” or in fashion “distressed”. Crackle slips, rubbing in and rubbing off, layering and making every effort to have new look old.
My mind cast back a decade ago  to 2007 and the Fake Market in Jingdezhen, China. It was open from 6am  till 8am on Monday and Tuesday. Why so early you ask? Because the police came on duty at 8am and it was illegal for them to sell fakes. A blind eye allowed this event. People would go there in search of an authentic dynasty pot. Some very trained eyes would find one. Many were made a week or so ago and taken  into Fake Alley where they were dipped in acids, chipped, cracked and had dirt and clay rubbed into the crazing. Yes, I bought several and I’m almost positive I have that trained eye ha-ha.


So here I am a decade later. What did I learn in China and how did it influence my work? I should have spent more time with the hawkers and the shucksters in the shadows of Fake Alley. They are my peeps. 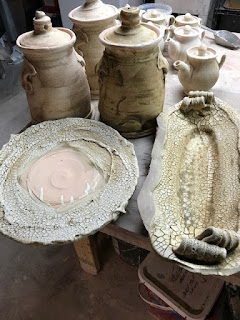 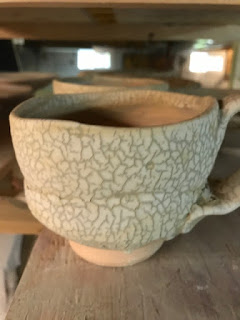 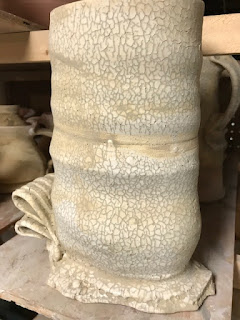 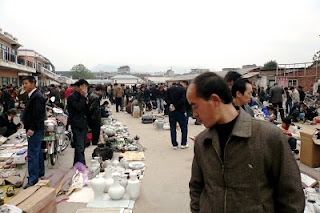 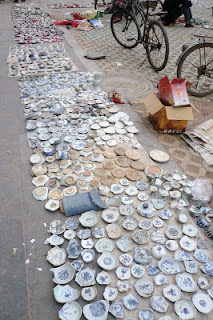