Trouble in the hen house

The first time you get asked to be the judge and jury of an invitational show or a Guild juried show you feel like the wise old owl, and you're proud that people thought enough of your judgement to ask you. You strut your stuff like a peacock in the barnyard.
The truth is it is a death sentence. You are going to make enemies and the pay ain't no where near the danger. It's like people are sending their babies to a beauty pageant and they believe their baby is the cutest of all. Then you reject it!
The pottery community is like a small town where everyone knows everyone and you're going to have to pass judgement on your friends.
Some years ago I was asked to co-jury a show of the Toronto Potters Guild along with Canada's most esteemed porcelain potter Harlan House. Harlan's porcelain is very refined and well my work is rogue in nature- Dr. Jeckyl and Mr. Hyde. We do both however have reputations as functional potters. We were presented with over 150 works and we narrowed the selection down to I believe 66. We both felt good about our choices.
Weeks later I heard rumblings that there was trouble in the hen house. Being concerned I checked our selections- over 70% of the show was sculptural and conceptual with the 30% functional.
I did the Toronto Outdoor Exhibition a month later and was accosted by this woman who was all over me like a wet blanket. Why was she juried out when she was an award winning sculptural artist? She knew we would favour functional potters. I was prepared!
I told her the stats and went on to tell her that both Harlan and I were very hard on functional potters. Why? Because we know functional ceramics. We know about spouts, lids, form etc, etc.
Don't try to second guess a juror. If you think because I wood fire I will get all ga-ga by your big ash deposit- think again.
If you get asked to jury a show ask about the bullet proof vest and the back door escape route. It could 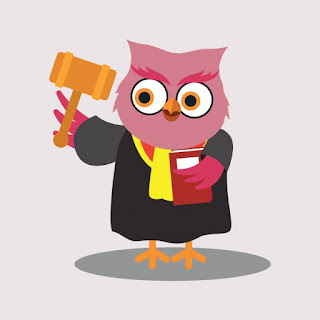 smartcat said…
It may be even worse when two jurors agree about nothing and end up carrying arguments to extremes. I am putting that nicely!
Also love the rejected entrants who feel they should get their money back because they did not get into the show.
July 22, 2018 at 3:51 AM

Anonymous said…
If you think only beauty pageants are vicious, welcome to the reality show that is the juried art exhibition.
July 22, 2018 at 6:30 PM