Taking the plastic off the chesterfield

So did ya build it for people to look at? Did ya buy it for show or for it to function? I had to go to Toronto today to do a glaze workshop so I dropped in to see Queen Anne in action. I took M a Mexican breakfast burrito wrapped in a towel to keep it warm for the hour drive. I wanted to keep her energy up. Duncan had done the overnight and M was on at 4am. She was still on at 4:45pm when I phoned to see how the ship was faring. She is one hardy little shit that woman Emma Smith.
It was good to see the kiln with Kaowool in the peeps and looking worse for wear. The kiln has been fired twice in two weeks. They did forgo the cosmetics to get some product out. Duncan was splitting wood while the firing proceeded- I know how that feels the next day.
My mom used to keep the plastic on the chesterfield arms so that we didn’t soil them. Not that we sat in the living room much. We had a rec room which is where the men of the house were allowed to sit and be men. My mom put a carpet over the hardwood at the side door to protect it , then covered the carpet with a plastic mat to protect it  and then she covered the plastic mat with newspaper in really inclement weather to protect it.  My dad claimed when he got up in the middle of the night to have a leak when he got back his side of the bed was made. When I went to school I had a freshly pressed cotton shirt and when I came home and went out with friends I had to put on another freshly pressed shirt. I think my socks and underwear were also pressed. Now I press the shirt collar and am sure to wear a sweater. After that kind of upbringing you can appreciate how I like to see something dishevelled or a little less tidy.


So I read this morning the ship arrived at port with all passengers well juiced at 10:30 that evening. I think that was about 6 or 7 hours past ETA. I know they are both fit and young but I need to remind them of the young bull and the old bull story as told to me by Ron Roy when I was 35 years old and firing my two chamber kiln sometimes solo and sometimes over 42 hours. Here’s the punch line you know the story- Let’s walk down the hill have a cool drink of water and screw them all. 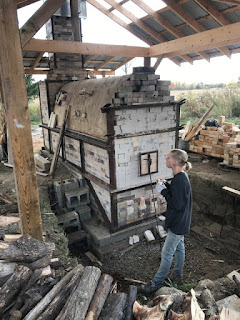 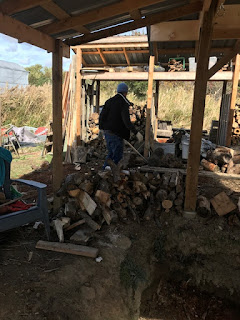 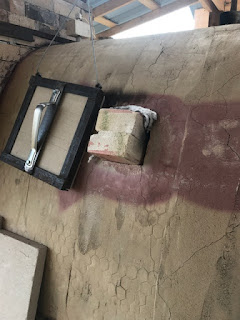