Usually after each wood firing the site looks like a war zone. It is not wise to sweep or cause dust that could be sucked into the kiln so it is left until unload and then clean up begins. In the push to get this kiln built and fired before Canadian winter sets in the firing started in a war zone.  M looks as comfortable in her hammock in the trenches as she would be on the Queen Elizabeth crossing the Atlantic.
They are going to have steps and landscaping as soon as they can catch their collective breath.
Here is the crew brought together to take Queen Anne on her maiden voyage. Barb Murphy, Chris de Takesy, Andrew Kellner, Jesse Black , me and the Captains Duncan and Emma.
I believe Duncan and Emma named the kiln after the abundance of Queen Anne’s Lace that were flowering at the time of the build. Little did they know that Queen Anne of England’s brother in law was William of Orange or otherwise known as King Billy.  I told M previously that Bill or Bob would be a suitable name for this kiln. So to me this kiln will always be King Billy brother in law of Queen Anne. So we should see some beautiful orange coming from this kiln. That suits me fine as I do love my shino, ash and flash.
My old studio up on The Bruce Peninsula was in the stable of the Orange Hall. The Orangemen were the Protestants of Ireland. I planted thousands of Tiger Lilies on the property as this was their flower.
The kiln fired like a thorough bred  that could have gone to Cone Infinity given her head. The very front of this kiln can get soooooooo hot sooooooo fast that the chore is to keep it from getting too hot. That is an unusual problem to have with wood fired kilns.
Rumour has it that fires are being lit all over the province these past two weeks getting pots for our group show “Bon Feu” at Shane Norrie Contemporary.


I never want to go to war but if I had to I would want to have the collective of wood firers I have the pleasure of working with covering my back.  I asked M what was the plan for the evening. She answered” we’re done when the cones are down”. That is the correct answer and you stay with the job until that happens. This is not a social, 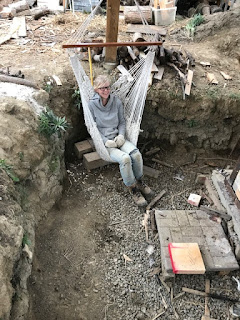 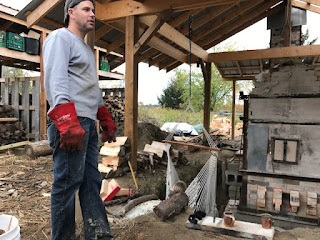 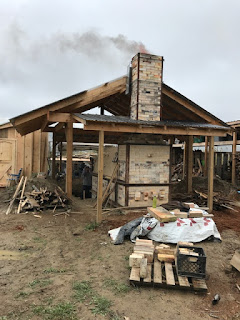 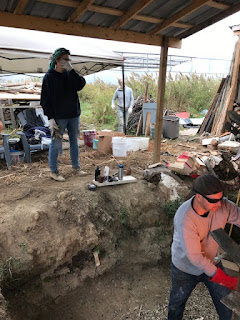 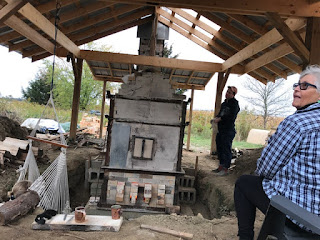 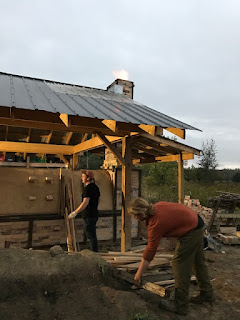