This band of desperados started out as the Hamilton Potters Guild Mentorship group in Sept 2014. It whittled down to a small pack of buzzards totaling 6 plus the grand daddy of the buzzards little ole me.
Actually come to think of it I am probably the grand daddy potter in Ontario that has been firing with wood the longest. I have been at it now 40 years. Long before it seemed to become vogue.  I’ve built fast fires, Phoenix wood kilns, noborigamas, a train and now the sprung arch bourry box. You would have thought I would have learned more. I should have embarked on a steady diet of sardines.  There was potter Larry Davidson just home from his apprenticeship with Shimoaka in Japan and me. We would take turns driving to each others potteries and firing the noborigamas we had both built. We both managed a divorce out of that chaotic scene.
Ruth McKinley was at Sheridan, Harlan House built a wood kiln and a few others popped up but nothing hard core like Larry and I did. Having been born with a strong back and a weak mind I continue.
When I started there were no computers. I would write to Steve Harrison in Australia about his booklet “Laid Back Wood Firing” and I’d get an answer back in the mail some 6 months later.  Then I’d screw up and write him again. There were no wood kiln books by Jack Troy, Log Books, wood fired conferences and I don’t even remember kiln plans. It was a hard way to learn.
So now wood firing is spreading like a prairie fire and there are plans, conferences, books, magazines, and clay bodies devoted to wood firing. It is a great time to be a wood fire potter.
I am totally thrilled not to be alone anymore. I have this band of banditos that I love to hang out with and fire a wood kiln. Tradition has it that there is a pot luck here at The Cactus Lounge after the kiln is loaded. We strike the match at 6am so we can eat, drink and be merry the night before. To celebrate our group I had my favourite closet artist DH do this drawing for a t-shirt for the members. I love it DH and hope you will join us here at the lounge for some tequila and good eats.


Here is a pic of Duncan Aird and Emma Smith (founding members of TCLFT) in front of their new ride. It is lit and firing as I type. Looks like they’re still talking- that’s a good sign. Here's to another wood kiln- bottoms up, down the hatch, here's to ya and all that stuff. 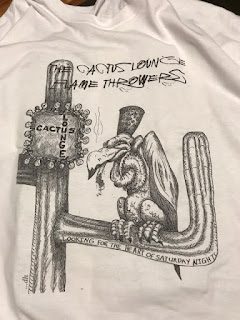 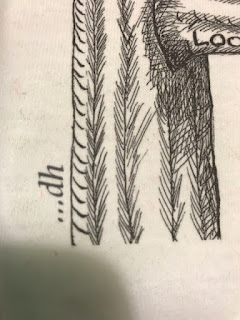 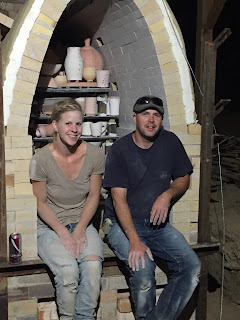