is a dirty ole "son of a gun". How's that for rhyming? Frank and I have been carrying on, telling lies, bullshitting and been friends in clay for the best part of 40 years. He is much older than me, of course.
Frank has been there when I had no money in February to pay for clay, moved and had no electric kiln to get pots ready for my first wood firing, been down in the dumps about why the pots I make ain't flying off the shelf, and has always had a pot or two of mine in his kitchen. In fact it is because of Frank's good sense to hire Barbara Tipton as Editor of the now defunct Contact magazine that I actually write.
Come join us at Frank's warehouse for a free workshop and a few laughs. It would be great to have the old gang out. I have fond memories of the old Fusion Conferences that featured Frank's tequilla bar in North Bay and dancing up a storm with  Shirley Clifford in Waterloo. 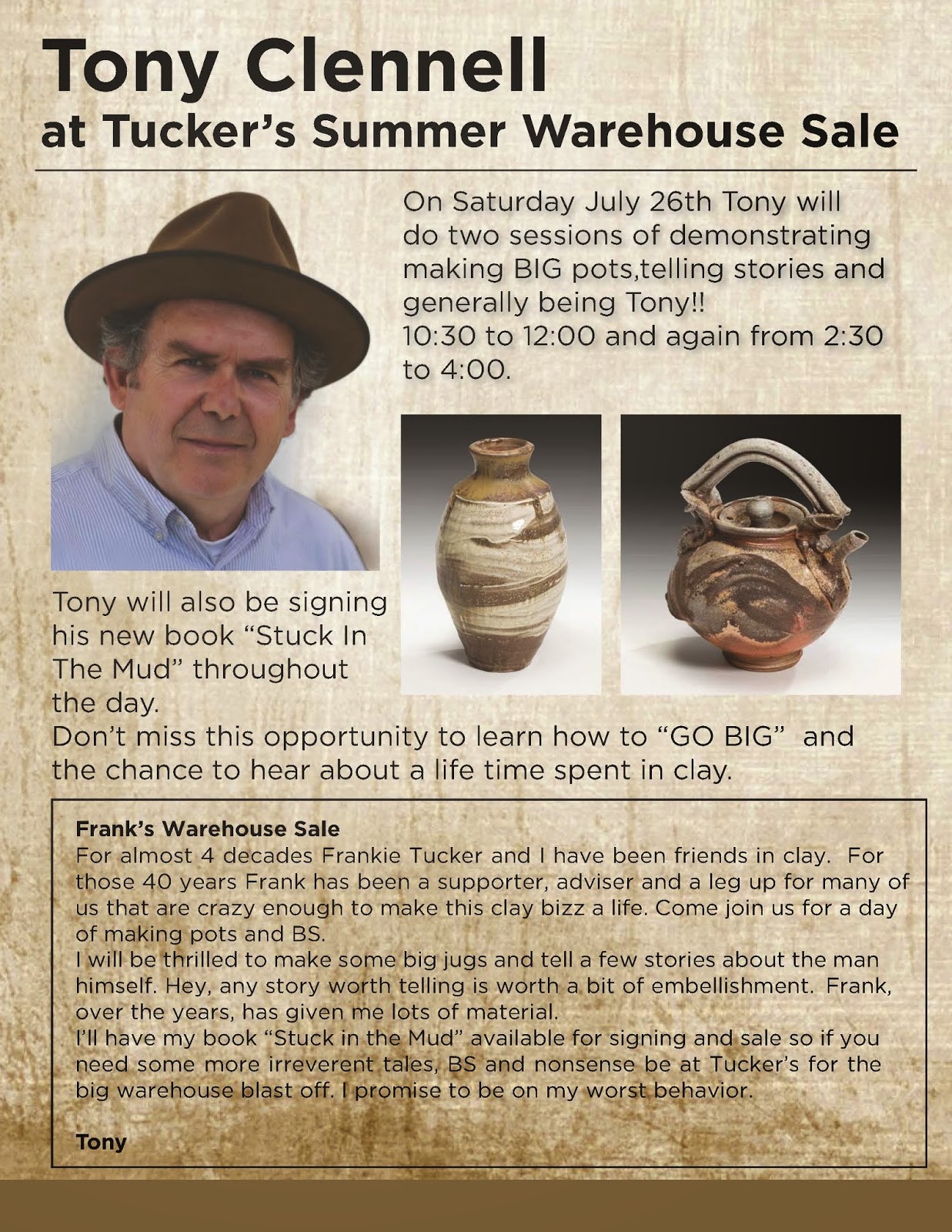