Saying yes when I oughta no!

Last night all the faculty at Peter's Valley gave a Power Point presentation of their work. I asked some of them to come to the Ceramics Studio where it was quite likely that a party would break out. The answer I got was that they were teaching and had to pace themselves. Gee, I keep saying yes when I oughta no! Both my slaves Brent and Patrick took turns on the guitar and well as Big Daddy Dehnert and Jim. A nice surprise was Frank on the empty water bottle followed by his playing of this weird Brazilian instrument that looked like a bow with a gourd held to his stomach. It was like Jimi Hendrix came alive in the mudpits.  I was in bed by 10:30 so I ain't misbehavin'  too badly. 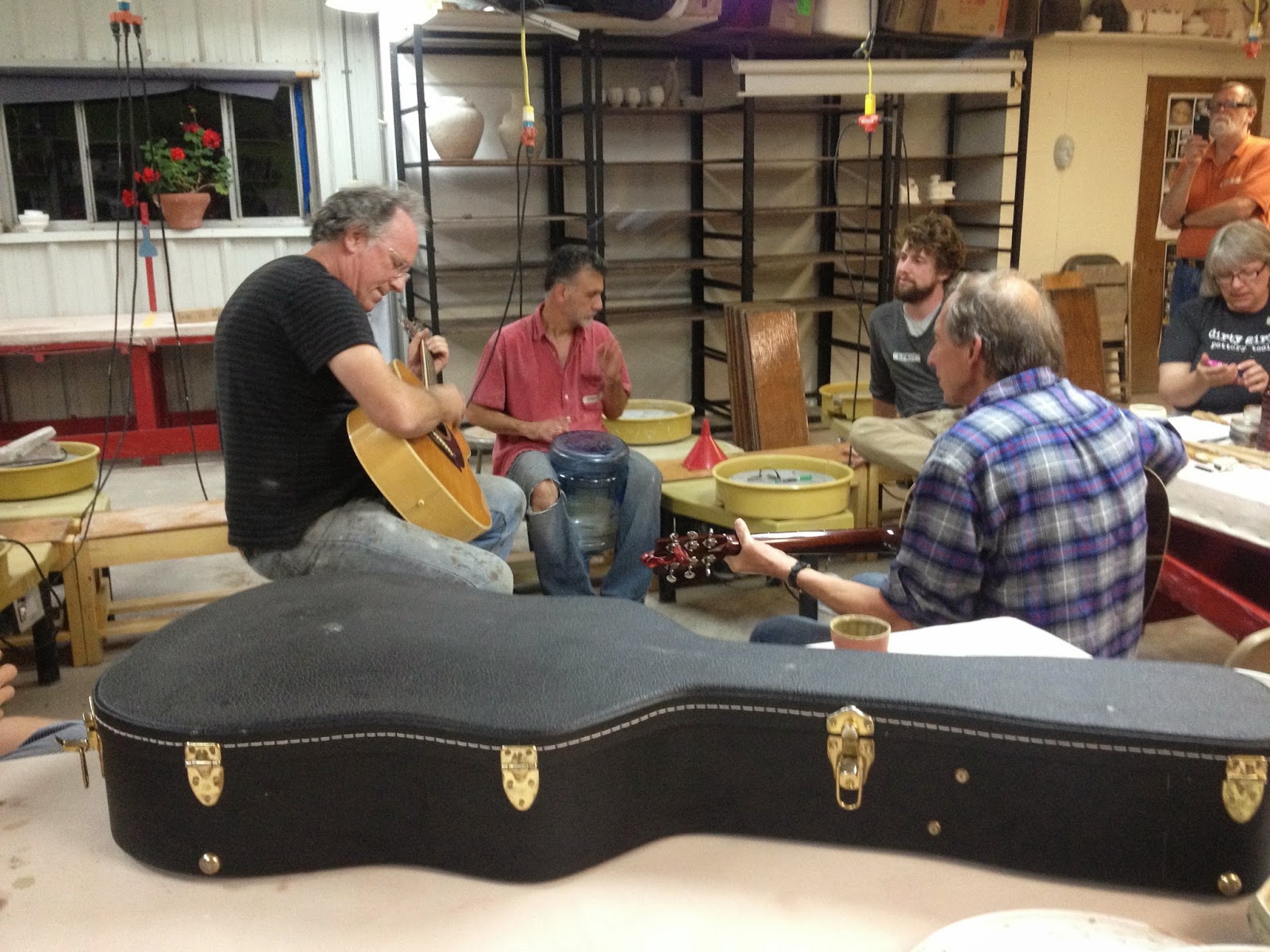 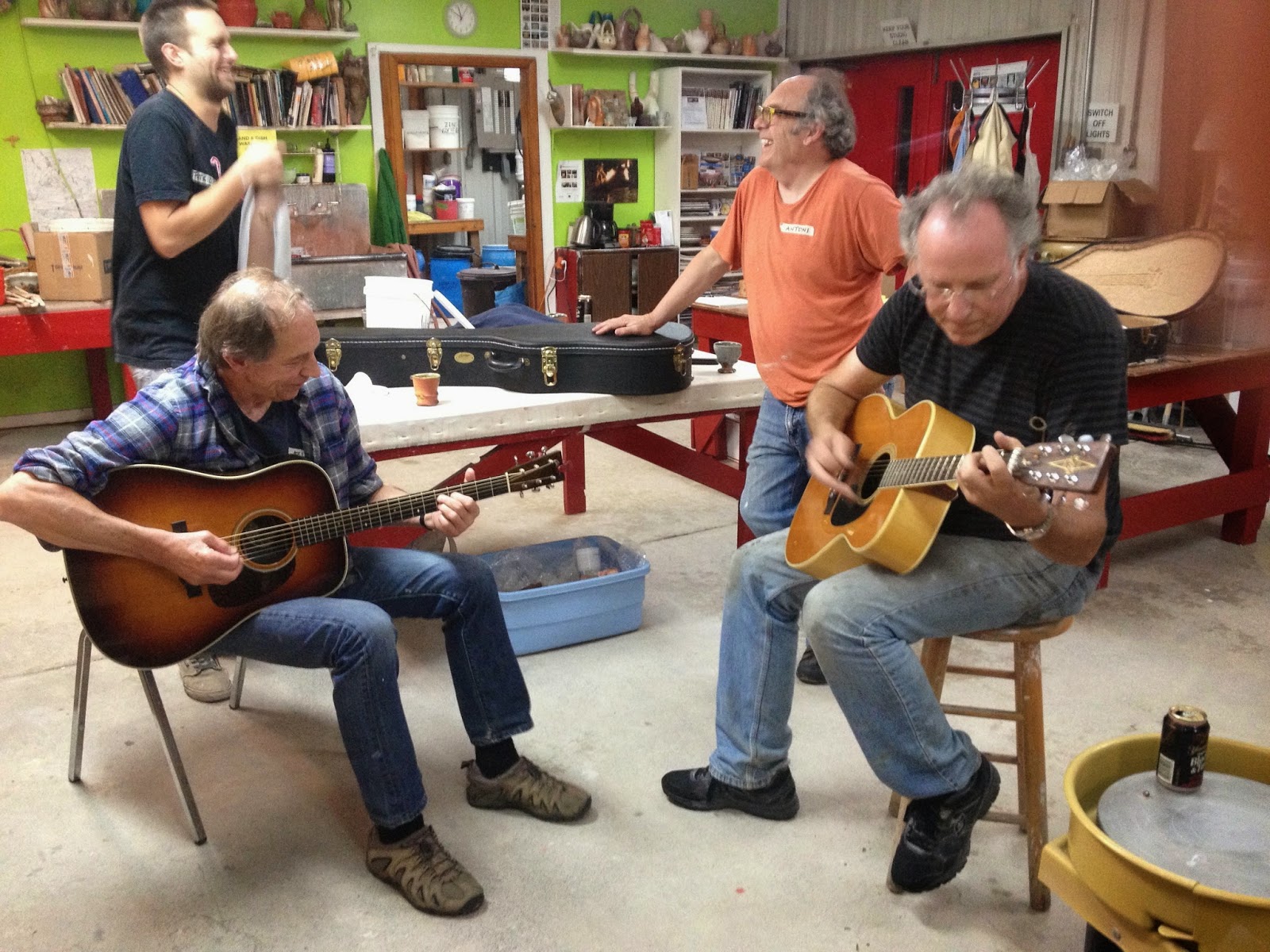 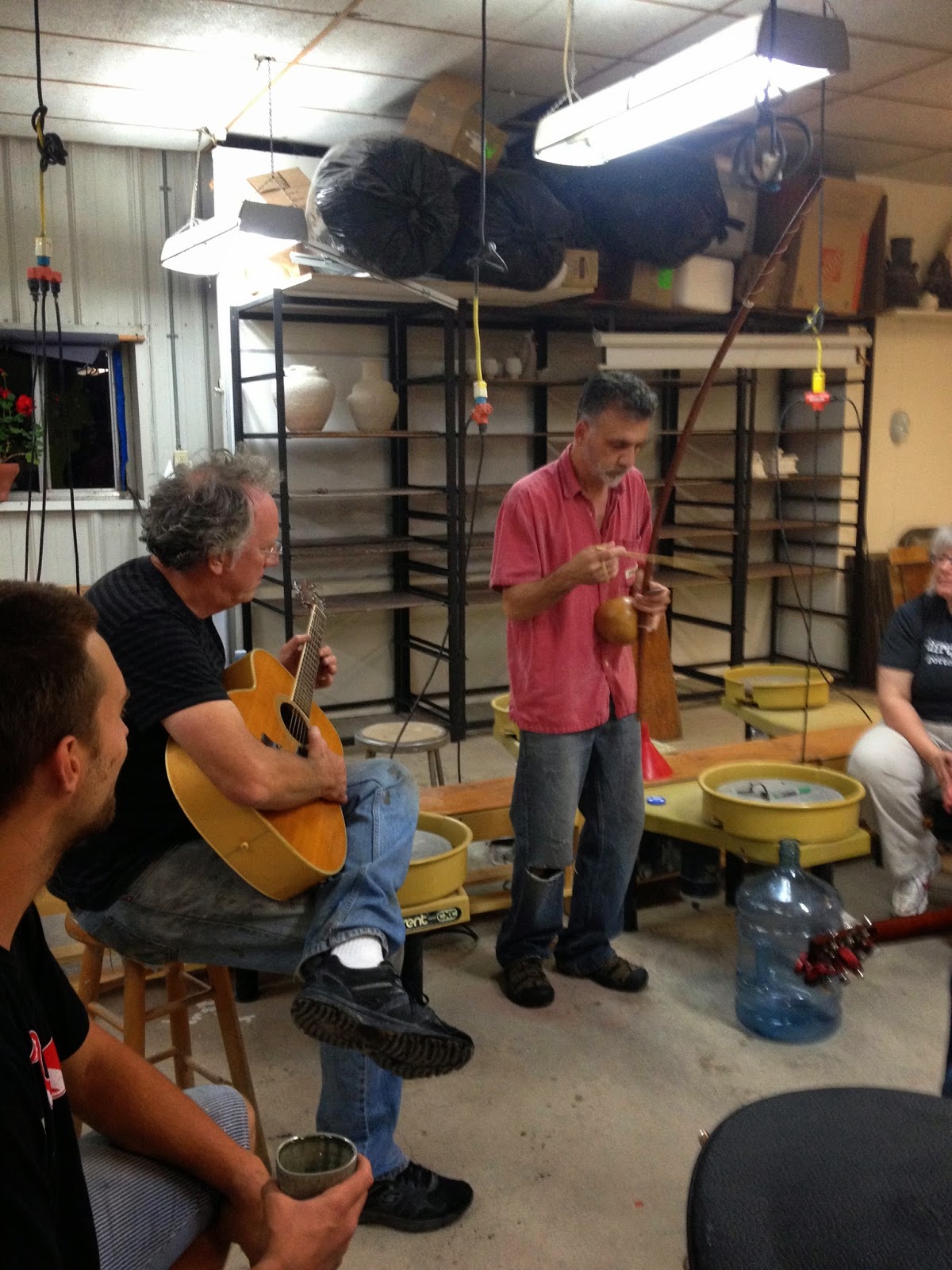 Annied01 said…
That's not misbehaving for sure, that's living!! For what is life without adventure and you are really living... And everyone around you seems to live a little more too because your presence inspires others to live a little more vibrantly too... A great way to end up with great memories and No regrets...
July 19, 2014 at 5:11 AM