I never had a fighting chance?

Here is a picture of me with my Uncle Jimmie and Aunt Cavvy at my very first solo show they held for me at Pinecroft in 1986. I was the potter and there was a clay sculptor Paul Brunell that did amazing clay birds. He has since turned to paintings of birds. The show was called Earth and Sky. It was a really big deal for me as you can see by the shirt, tie and white carnation 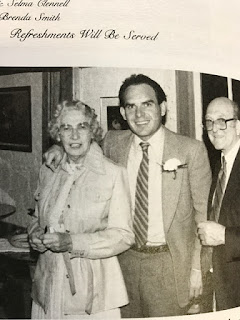 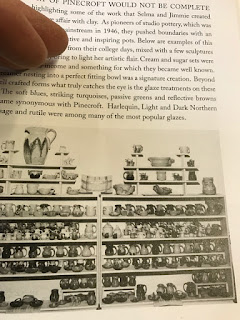 . My Uncle Jimmie was very proud that evening and for the next decade of his life he was my biggest fan and supporter.

The show was full of these Alice in Wonderland animated pots with cockeyed very large knobs and cut and altered teapots that looked like shoes. They were wood fired in pink and light blue shino with  x’s and o’s as slip trailed markings.
I recently went for a Doctor’s appointment and the nurse recognized the name “Clennell”. He asked if I was a Clennell from Pinecroft since he collected old Pinecroft ware. I answered’ Yes, that is if I don’t owe you any money!” He said he had this odd shaped casserole with a big knob kinda crocked that looked like it was from Alice in Wonderland and signed “Clennell” not Pinecroft. It was mine and from that show some 30 years ago. You can run but you can’t hide!


I really never had any fighting chance of being anything but a potter and a jug maker at that. Here is a picture of the Pinecroft display at the London Fair (London, Ontario that is ) where they proudly showed 100 jugs from tiny wee to large coil built.. They loved jugs as do I. The jug has so many human elements- foot, waist, belly, shoulder, neck, lip and arm. Speaking of all that I now look more like my uncle than the young man in the photo. If I can just hang on to the sparkle of his eyes I’ll feel I’ve aged well.