It's all just shit!

When I was first starting out some 40+ years ago the place to go take a course in Canada was The Banff School of Fine Arts. The man in charge of the Ceramics program was Les Manning who became a friend and has been a leader in the clay movement internationally for decades. Recently I came to learn that Les has been moved into a care centre since he has early onset Altzheimer’s . Les’s kids showed pictures of Les and his apartment which was quite lovely actually with beautiful objects that must be near and dear to him. Les looked handsome and fit.
A year ago I asked Doc Agel what would happen if a woman came to the Lounge and a pheromone was secreted that triggered a love response? How many out there would like my Ronnie the Rats, my old painted furniture or my Outsider Art collection. I told Rick that the right smell couldn’t possibly cancel all this stuff that means so much to me. He said “It is all just shit!’ You can live without all that shit if you find the right person!. I would have to have that one room like Les has where I could be surrounded by my most treasured shit! I’m still not convinced Doc that it is all just shit and this pheromone science has probably only been tested on insects and rats.
All that stuff  is part of who you are, a statement of your aesthetic and a treasure chest of memories. Besides I also have to consider the rest of the cast- Jack, Scratch, Pastor Clennell, Doc 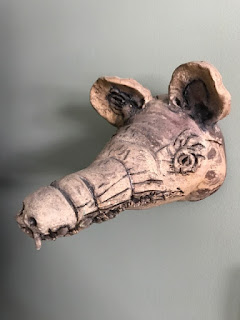 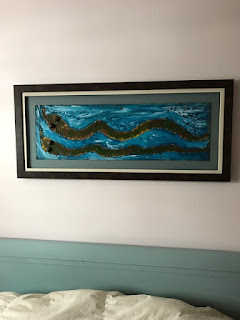 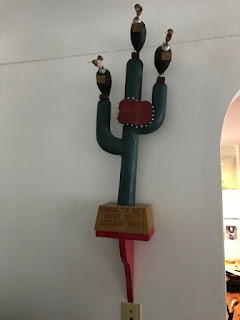 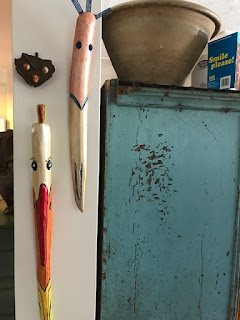 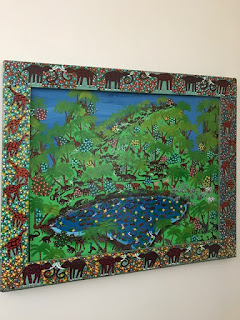 and the regulars of The Cactus Lounge. It’s not just me living here.


What would I keep? A rat, my Clyde Jones snakes, some elephants, a Yi dynasty rice bowl, some pics of my kids, my I-pod playlist. Oh Lord what of my library? This is too much emotional labour for one day. Go to the studio, Tony.

Dennis Allen said…
I think Doc was trying to tell you that it would be the rare man who stopped in the middle of sex and said, " Honey, I need to go pull some handles"
December 12, 2016 at 8:01 AM