Till Hell Freezes Over

I thought Hell was supposed to be hot. I thought I’d fit right in stoking the hell outta the firebox of Hell . It turns out it’s Cold as Hell not Hot as Hell. I woke up yesterday morning to what looked like about 10inches of show on my car. The trusty old Honda man machine started on two pulls after sitting idle for almost 8 months.
I look at the snow and the ice and I look at my bacon bowls and wonder what came first. The snow and ice and then the thought of the bacon bowl with the icing surface. Did I make the bacon bowl and now just see the similarity of the surface and the world I live in?
Do artists make something and then decide it looks like something they see later? I think it works that way for me. I don’t see a rock formation and decide I’m going to make something that looks like that. I think more often than not I make something and then see the similarities of what I have made to what surrounds me.
Mostly I think artists are full of shit.  They follow the bull shit baffles brains theory with giving big names to their work to make ya think you really must try harder to understand the work.


Take my bacon bowls for instance. I have 4 nice ones I could ship one out to you for Christmas. They are $125 each in a nice smokey grey carbon trap shino. Let’s give them some dignity and a fancy ass title. Metamorphosis #46 thru 49.  Now, 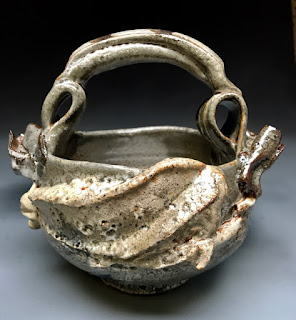 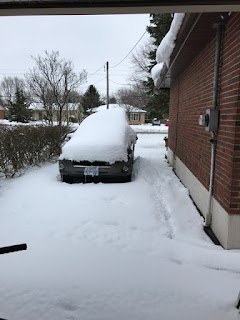 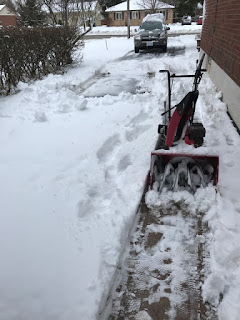 they are not merely bacon holders or flower bowls but Objet d Art. I feel much more important this morning.

Dennis Allen said…
I know none of my pots are going to bring eternal bliss to the planet. I do know that if I had an MFA the emperor might actually have some clothes that I would have to mention in my artist statement. Oh the colors are too elegant for words to describe.
December 13, 2016 at 9:17 AM