Last week I showed you a couple of shino teapots from the Minnesota Fireball. These two teapots also came out of that firing but I was not happy with the surface. I like a shino glaze slow cooled but I like the shiny ones to look juicy which requires a faster cool. Donovan's kiln like the wood kiln here at Pinecroft could take a week to cool if you would let it. I have found the blues and yellers that I am using like a crash cool so I asked if Colleen would refire them in the soda kiln which is soft brick and cools quicker. I'm very happy with the results. The touch of pink is from me adding a touch of copper carb to some wood ash and sprinkling it on. Real men can wear pink.
I had the four teapots on display at the Hutchinson Potters Festival. Not one single person picked one up or even stopped to look at them. It was 100 degrees in the shade so beer not tea was on everyone's mind. I'm actually glad to bring them home and look at them for awhile. It was my first foray into porcelain. 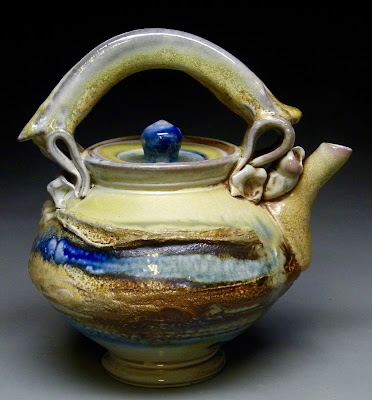 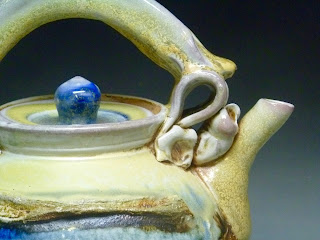 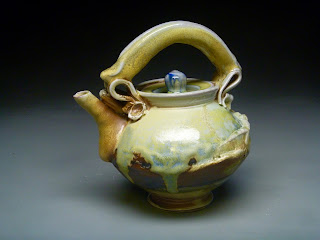 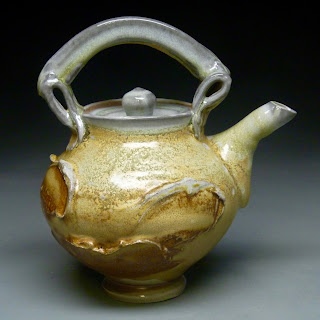 You should promote these pots as Beer pitchers at the Lounge.