You can dress him up

Colleen, Donovan me andDoc Agel went  to a Japanese Sushi restaurant for his birthday. When we announced that it was Doc's birthday they brought him out a mask and beat the tom tom's. The best part was there was a recording came over the restaurant speakers that sounded like dogs singing Happy Birthday.  We all laughed till we were in tears. 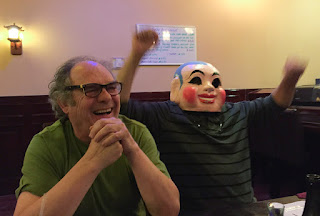 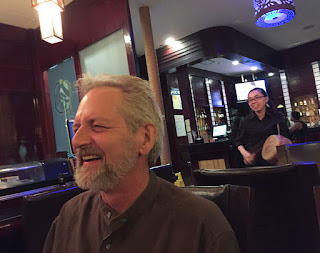 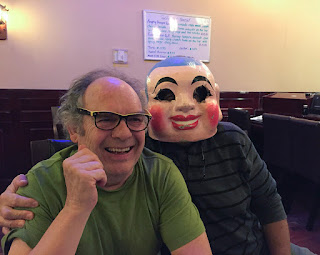 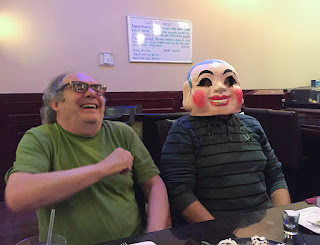 To be truthful I have never seen Doc look as happy and as handsome for that matter.
We now have the kiln firing and all is going well. Doc bought some big fat stoogies for us to celebrate the firing after shut down. It's looking like it could be off after the witching hour of midnight.

smartcat said…
Tony, I don't think I've seen a photo of you laughing as hard as you are in the last one!
Toes crossed for a great firing and that Doc got to keep the mask!
July 16, 2016 at 5:07 AM