Faces in the flames

Here are some more of Harry Hayes photos of faces in the flames. Perhaps some of Ronnie's imagery was being sucked out the stack and entered the night sky by means of the flame. Look hard enough and you can see the critters, creatures and naked women. Well I have a vivid imagination.
After closing down the kiln and having a big dinner that included two boxes of oysters some of the crew went in the living room to watch The Last Sale. This was the last sale at Ron's with Micheal Simon. The mobs of people were in and out of the studio in less than 5 minutes and all the pots were gone. There wasn't one single pot left. People would grab the first pot in sight and fill their arms with pots. It sickened Ron and Michael that people didn't even look at what they were buying during the feeding frenzy.. They just got greedy. Most of us would love for this to happen.  Some have more integrity than others. 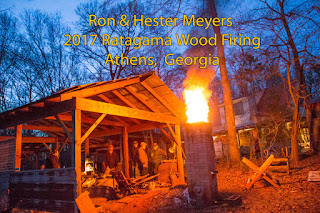 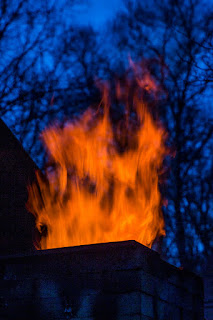 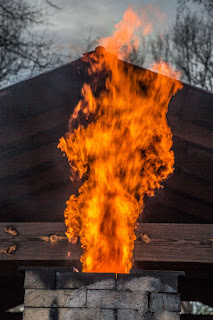 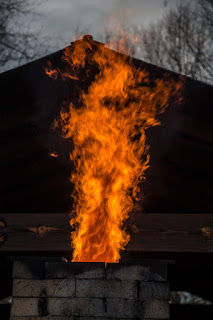 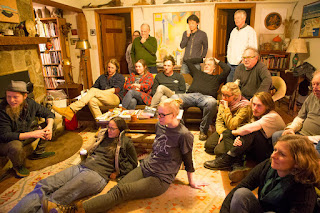