A pivotal article for me was written by John Neely in the early 90's called "Nice Cool". All my attention had been on firing the kiln to temperature and  my concentration was on reduction/oxidation during the climb. It was after reading this article that I discovered I could use the once popular Zirconium matt oatmeal glaze and fire it to Cone 10 cool it slowly and have a matte glaze and cool it fast and have a shiny glaze. Here are two of my teapots made at the same sitting, using the same clay and slip, wood fired to Cone 10 and one is cooled in reduction in Ronnie the Rat's Ratagama and the other fired in the Hamilton Potter's Manibigama and cooled in oxidation.  Your choice which one do you like???? 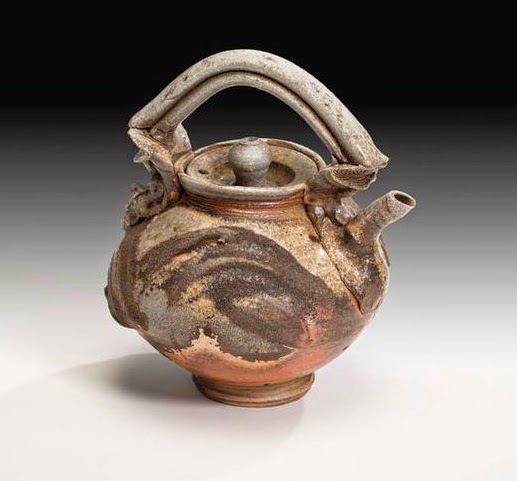 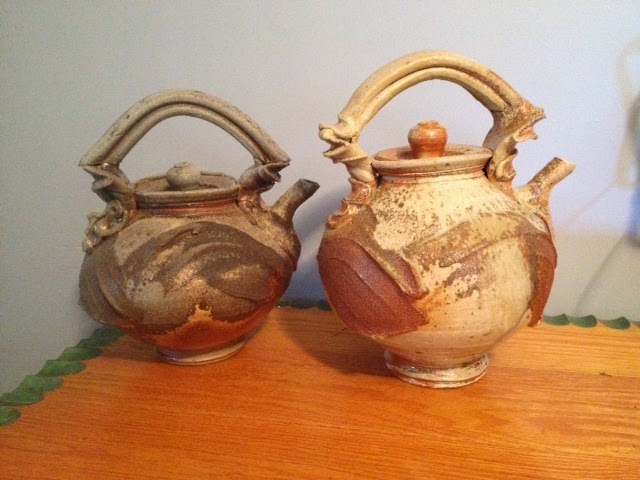 Trish said…
Hi Tony.. I like the one on the right, the oxidation cool. Both beautiful.
..enjoying your posts.

Kim in Houston said…
By themselves they are both great, but seeing next to each other, I like the lighter, more yellow, one. It matches your new leather recliner, too. Happy sunny color.
August 14, 2014 at 1:07 AM