Another reason to hate ceramic squirrels 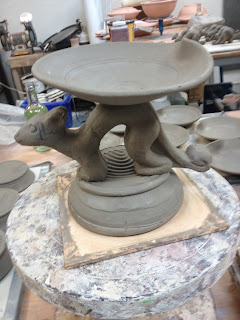 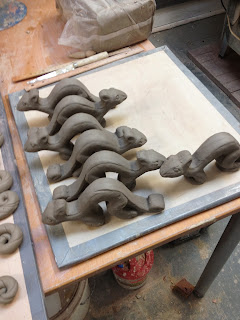 I've always thought squirrels were just rats with a good public relations agent. Now you have to watch out when your woman doesn't get her beer for Xmas. Hide all ceramic animals when you think she may be pissed with you is the moral of the story.

An item from the Seattle Times:

South Carolina authorities say Helen Williams, 44, angry at a man for not returning home with beer on Christmas, beat and stabbed him with a ceramic squirrel.  The Charleston County Sheriff's office says officers found a man covered with blood when they arrived at Williams' North Charleston home early Wednesday.  Officers say the man told them Williams, angry that he didn't return with beer because stores were closed on Christmas Eve, grabbed a ceramic squirrel, beat him on the head and stabbed him in the shoulder and chest wit the object.